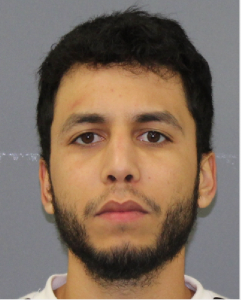 November 30, 2017 -Springfield- Hampden District Attorney Anthony D. Gulluni announced today the arrest of three individuals for their suspected involvement in a high level heroin and cocaine trafficking operation here in Hampden County. In addition to the arrest, authorities seized 30,000 packaged and ready-for-sale bags of heroin along with 1.5 kilograms of raw un-cut heroin and 1.5 kilograms of cocaine.  The 1.5 kilograms of un-milled heroin could yield over 110,000 bags of heroin once milled. The combined quantity of heroin seized would have an estimated street value over $700,000. The street value of the seized cocaine would be approximately $120,000.

Hampden District Attorney Anthony D. Gulluni stated, “I would like to thank the dedicated and professional members of law enforcement who participated in this investigation. The quantity of narcotics involved shows this is a high-level and sophisticated operation which supplied this area with a very significant amount of heroin and cocaine. The streets and neighborhoods here in Hampden County are safer today with these individuals in custody.”

“Opioid abuse is at epidemic levels across New England and those suffering from Opioid addiction need access to treatment and recovery,” said DEA Special Agent in Charge Michael J. Ferguson.  “But, those responsible for distributing lethal drugs like heroin and fentanyl to the citizens of Massachusetts need to be held accountable for their actions.  This investigation demonstrates the strength and continued commitment of our local, state and federal partners andour strong partnership with District Attorney Gulluni’s office.” 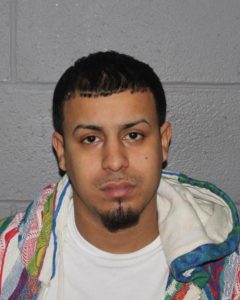 On November 21, 2017, agents from the Springfield Office of the United States Drug Enforcement Administration (D.E.A), and detectives from the Massachusetts State Police Detective Unit (S.P.D.U.) assigned to the Hampden District Attorney’s Office, arrested Josue Figueroa, 24, of Holyoke, at 1080 Riverdale Street, Clarion Hotel, in West Springfield. He was arrested after being observed removing a suitcase from the trunk of a car before entering the hotel. When approached by law enforcement Figueroa attempted to flee but was taken into custody without incident.

A room key was discovered on Figueroa which led investigators to a room containing the previously mentioned suit case. After securing a search warrant, 30,000 bags of heroin were discovered in the suitcase.

Josue Figueroa was arraigned on November 22nd in Springfield District Court on charges of: Trafficking Heroin Over 200 Grams and Resisting Arrest.  Bail was set at $50,000 cash and bail from a previous case has been revoked. He is currently in custody.

Josue Figueroa had been previously arrested on June 15, 2017 in Springfield and found to be in possession of 17,830 bags of heroin. He was arraigned in Springfield District Court on charges of: Trafficking Heroin Over 200 Grams, Resisting Arrest, and Trespass. His bail was set at $100,000. At a bail hearing, requested by the defense, on September 19, 2017 the Commonwealth requested for the $100,000 bail which was set in district court to remain. His bail was lowered to $15,000, which is what the defense requested. 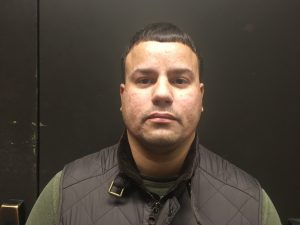 On November 26,, 2017 members of the D.E.A Western Massachusetts Taskforce and the Hampden County Narcotics Taskforce acted upon reliable information gathered during the course of this investigation into high level heroin trafficking in Hampden County.

On November 27, 2017 members of the D.E.A., F.B.I. Gang Taskforce, Agawam Detective Bureau, and Massachusetts State Police Detectives assigned to the Hampden D.A.’s Office executed those search warrants.  As a result, 1.5 kilograms of heroin were recovered at 63 Orlando Street. At 11 Line Street, packaging materials consistent with a large scale heroin trafficking operation were discovered.

Arrested at 63 Orlando Street was Jonathan Grullon, 27, of Agawam. He has been charged with Trafficking Heroin over 200 grams. He was arraigned on November 28, 2017 in Westfield District Court, his bail was set at $5,000. The Commonwealth requested $50,000.

On November 30, 2017 Jesus Figueroa, 32, of Agawam, turned himself in to law enforcement. He is the brother of the previously arrested Josue Figueroa. He has been charged with Trafficking Cocaine over 200 grams.

A parcel addressed to Jesus Figueroa was the subject of a federal search warrant which was intercepted by United States Postal Service Inspectors and contained 1.5 kilograms of cocaine. The cocaine was hidden in a parcel containing a microwave with the cocaine hidden inside.

Facts gathered during the course of this investigation suggest Jesus Figueroa was running a heroin milling operation out of various locations in Hampden County. It appears he was responsible for the milling operation, which cut the raw heroin for retail sale, and directed the runners who would then distribute the heroin at the street level.

Jesus Figueroa was arraigned today in Springfield District Court. He is currently being held on $50,000 cash bail.