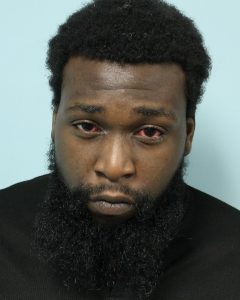 October 3, 2018 -Springfield- Hampden District Attorney Anthony D. Gulluni announced a sentence delivered today in Hampden County Superior Court for the March 2016 attack on a pair of roommates with a hammer in Westfield. The unprovoked attack occurred outside of the roommates’ apartment complex where Hinds lived as well. The defendant attacked the female victim as she exited her apartment. The male victim ran to her aid and was attacked by the hammer as well.

Adrian Hinds, 28, has been found guilty of two counts of Assault and Battery by Means of a Dangerous Weapon Causing Serious Bodily Injury by a jury have a multi-day trial. Today, he was sentenced to 10-12 years in a state correctional facility.  He was also sentenced to 5 years probation on and after his prison sentence.

Hampden District Attorney Anthony D. Gulluni stated, “I commend both victims of this attack for courageously facing their attacker in court and working with my office to bring the defendant to justice.” D.A. Gulluni went on to say, “I would like to thank Assistant District Attorney Janine Simonian for her diligence, resilience, and commitment to justice in seeing this case through to a hard-fought conviction and a just result.”