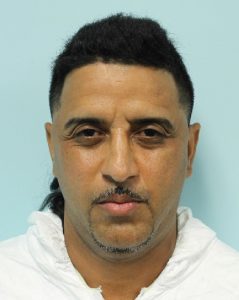 September 28, 2017 -Springfield- On September 26, 2017 the Springfield Police Department responded to 24 Baldwin Street for a shots fired call and with a report of a shooting victim.

Responding officers observed a scene consistent with what was reported. While officers were on scene, the victim arrived at Baystate Medical Center suffering from an apparent gunshot wound.

The victim was pronounced deceased a short time later. He has been identified as Mr. Christian Rivera, 23, of Springfield.

Francisco Guadalupe, 42, of Springfield has been arrested in connection with this murder and was arraigned yesterday in Springfield District Court. He has been arraigned on charges of: Murder, Carrying a Loaded Firearm without a License, and Discharging of a Firearm within 500 Feet of a Building. He is currently being held without the right to bail. His next scheduled court appearance is on October 25, 2017.

This is an open and active homicide investigation currently being conducted by the Springfield Police Department’s Homicide Unit and the Murder Unit of the Hampden District Attorney’s Office.