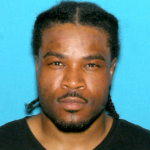 William Wright, 37, of Westfield, Ma, has been found guilty by a Hampden County Jury and sentenced to life in prison for his role in the armed robbery and shooting of a father and son in their home. Because of Mr. Wright’s multiple prior convictions of other violent and serious crimes, his sentence was enhanced by statutory mandatory minimums.

Hampden District Attorney Anthony D. Gulluni stated, “I thank and commend the members of the jury for their service, which results in a dangerous and habitual criminal going to jail for a very long time and kept away from the law-abiding public.” D.A. Gulluni went on to say, “I would like to thank Assistant District Attorney James Forsyth for the outstanding prosecution of this case and the Chicopee Police Department for their thorough investigation. Along with our fine police officers across the county, the members of my team and I will vigorously protect the public, especially in their right to be safe in their homes, and we will doggedly pursue those who try to threaten them.”

On the evening of February 18, 2013, William Wright forced his way into 103 Madison Avenue in an attempt to rob the residents who were home at the time. Faced with an armed intruder who was threatening them, as well as the son’s girlfriend, the father and son attempted to subdue the intruder. In the struggle, both father and son received gunshot wounds.

At approximately 11:30 p.m., officers from the Chicopee Police Department and Massachusetts State Police were dispatched to 103 Madison Avenue for a call of shots fired.  Upon arriving on scene, the son was able to give a description of the suspect. Responding officers were able to locate the suspect not far from the residence where the initial incident took place.

The Chicopee officer in pursuit caught up with the suspect who was known to be potentially armed. When the officer tried to restrain the suspect a struggle ensued. Other responding officers were able to assist and eventually contain the situation.

As a result of these crimes, Wright was tried, convicted, and sentenced on the following charges: Masked Armed Robbery as a Habitual Offender (Life in Prison),  Home Invasion (25-40 years), Three Counts of Assault and Battery as a Habitual Offender (10 years), Possession of a Firearm (15-20 Years), Resisting Arrest (2 ½ years).  All sentences are to run concurrently.