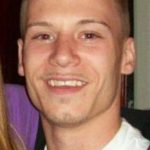 June 1, 2016 -Springfield, MA- The Massachusetts State Police Detective Unit assigned to the office of Hampden District Attorney Anthony D. Gulluni is asking for the public’s assistance in the yet to be solved motor vehicle hit and run case of Mr. Cory Cane, Southbridge, Ma.

On January 3, 2012 the Massachusetts State Police and the Wales Police Department responded to a scene on Route 19 in Wales, Ma. Through the course of the investigation it was determined the victim, Cory Cane, was struck by a motor vehicle during the early morning hours on Tuesday, January 3, 2012. Mr. Cane died as a result of these injuries.

Initially, Members of the Wales Police Department and Massachusetts State Police Detectives along with the Collision Analysis and Reconstruction Unit, Chemists from the State Police Crime Lab, and Crime Scene Services Section, collected and analyzed evidence on scene, canvassed the area and spoke with passersby. Unfortunately, with limited evidence and no known eye witnesses, investigators were left with few leads and little to follow up on.

The family of Cory Cane, along with the Wales Police Department and the Massachusetts State Police is seeking the public’s help. Anyone who may have been in the area of Route 19 in Wales that morning, or has any other information is asked to contact the Massachusetts State Police Detective Unit assigned to the Hampden District Attorney’s Office (413) 505-5993. You can also   utilize text-a-tip by texting the word CRIMES (2-7-4-6-3-7) and type the word SOLVE into the body followed by your tip.