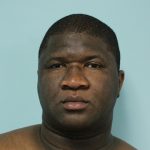 9, 2016 -Springfield, Ma- Hampden District Attorney Anthony D. Gulluni announced today the indictment of Hadyetou Diaby on 21 charges relating to the abuse and exploitation of a minor.

Diaby, 32, of Springfield, Ma, has been indicted by a Hampden County Grand Jury on the following counts:

Two Counts: Assault and Battery on a Family/Household Member

Trafficking of Person Under 18 for Sexual Servitude

Two Counts: Intimidation of a Witness

Nine Counts: Aggravated Rape and Abuse of a Child

Hampden District Attorney Anthony D. Gulluni stated, “The protection of children, especially from sexual exploitation, is among our most difficult, but important responsibilities, in law enforcement. This series of indictments comes as a part of my office’s heightened efforts on human trafficking and sex crimes against children. I thank the members of the office’s Special Victims Unit and the Springfield Police Department for the investigation that leads to these indictments.” D.A. Gulluni went on to say, “My staff will now prosecute this case with vigor and an eye to justice for the victims and the protection of children from abuse.”

Hadyetou Diaby is due back in court on February 6, 2016 for a pre-trial conference. At his arraignment on Monday he was levied with $50,000 cash bail and orders to stay away and have no contact with the victims in this case.

Diaby is currently in custody.