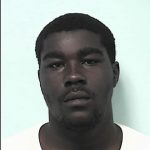 Hampden District Attorney Anthony D. Gulluni stated, “On behalf of the victim’s family and the interests of justice, I am pleased that we succeeded in this motion, which allows the Commonwealth’s prosecution of Mr. Thomas to continue for second degree murder with malice and involuntary manslaughter.”

Charges against Marcus Thomas stemmed from a 2014 incident where the defendant, Thomas, shot a gun out of a car being driven by the victim, Tavis Humphrey-Frazer. This resulted in return fire from individuals standing on the corner of Knox Street in Springfield, with one of those shots fired killing Mr. Humphrey-Frazer.

In 2015, in the pendency of the indictment, a motion by the defense to dismiss the felony murder charge was allowed. The original decision highlighted that the defendant, Marcus Thomas, and the unidentified shooter could not be jointly engaged in the same unlawful enterprise. Instead, the shooting and Tavis’s death were the results of a reaction of an unknown person who faced life-threatening circumstances and were not the consequences of a mutually-orchestrated incident.

In the Commonwealth’s motion to reconsider, a Massachusetts Supreme Judicial Court (SJC) ruling, Commonwealth v. Robinson-Tejada, was cited in the argument as to why the defendant should be held liable. The motion samples from the SJC’s ruling, by stating the following: “We acknowledge the possibility that, in circumstances where a defendant committing an underlying felony engages in conduct so dangerous that ‘a reasonably prudent person would have known that, according to common experience, there was a plain and strong likelihood that death would follow.”

Based upon the decision, the Commonwealth will be allowed to proceed with charges of second degree murder with malice and involuntary manslaughter against Marcus Thomas.