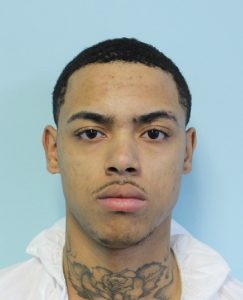 Upon exiting their marked cruiser, officers were approached by a male who had an apparent wound to his neck. This individual informed officers three males had just entered his store in an attempt to commit an armed robbery. During the confrontation gun shots were fired and he was struck by a bullet.

Tragically, during the course of the shoot out another person in the store was injured and has passed away as a result. She has been identified as Mrs. Virginia Rodriguez-Veras, 34, of Springfield. She is believed to be the market owner’s wife.

This is an open and active homicide investigation being conducted by the Springfield Police Department’s Homicide Unit and the Hampden District Attorney’s Office’s Murder Unit.