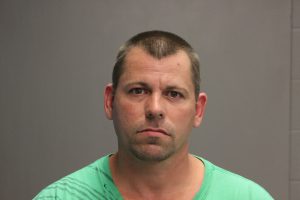 July 20, 2017 -Springfield- Hampden District Attorney Anthony D. Gulluni today announced the guilty verdict and sentencing of Jesse Caisse for the 2015 Indecent Assault and Battery of a minor. Caisse was sentenced today in Hampden Superior Court to 13 ½ to 15 years in state prison.

Jesse Caisse was a registered level 3 sex offender at the time of the assault. Caisse has been previously convicted of child rape in Northampton in 1998. As a result of the conviction he served a ten year state prison sentence.

Commenting on the conviction, Hampden County District Attorney Anthony D. Gulluni stated, “My deep appreciation to the victim in this case for coming forward and working with law enforcement to bring Jesse Caisse to justice. I hope this favorable verdict brings a sense of justice to the victim and the victim’s family. My thanks to the Westfield Police Department and Assistant District Attorney Carrie Russell for the thorough investigation and successful prosecution of this matter.” D.A. Gulluni went on to say, “The protection of children from this type of abuse and exploitation is a most solemn duty carried out by prosecutors. As evidenced by this verdict we will continue to prosecute offenders as aggressive as the law allows. ”