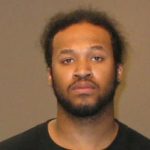 Upon arrival officers observed a male victim who appeared to be suffering from a gunshot wound.  The responding officers immediately began administrating first-aid while paramedics were dispatched to the scene. The victim was transported to Baystate Medical Center where he was pronounced deceased a short time later. 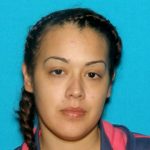 ng with the Massachusetts State Police Crime Scene Services was called to the scene of a now active homicide investigation.

Early in the investigation detectives from the Massachusetts State Police Detective Unit and the Chicopee Police Department were able to identify persons of interest. Arrested in connection to the homicide was, Michael Brawner, 29, of Springfield, Ma and Sorheyddi Colondres, 33, of Springfield, Ma.

The victim has been identified as Mr. Kevin Blanton, 44, of Chicopee, Ma.

District Attorney Anthony D. Gulluni stated, “I would like to express my sympathies to Mr. Blanton’s family and friends on their loss.” District Attorney Gulluni went on to say, “I would like to thank the Chicopee Police Department and the Massachusetts State Police Detective Unit assigned to my office for their quick action and skill that led to this arrest. I and my office’s Murder and Major Felonies Unit are working cooperatively with detectives to bring forth thorough and vigorous prosecution.”

City of Chicopee, Chief of Police, William Jebb stated, “I would like to thank the Chicopee Police Department officers working patrol, as well as our detectives, for their dedication and professionalism in handling this murder.  I would also like to thank the Mass State Police Detectives assigned to the Hampden County DA’s office.  Working together, two suspects were identified, and arrested less than 12 hours after this crime.  I would also like to offer my departments condolences to the family of the victim.”

Please note, this incident was not random in nature and the investigation is active and ongoing. The suspects will be arraigned in Chicopee District Court.