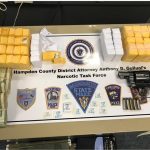 Hampden District Attorney Anthony D. Gulluni stated, “I would like to thank the members of the Hampden County Narcotics Task Force for their hard work and professionalism. The resulting arrest removes a dangerous individual from our community along with an appreciable amount of narcotics off our streets. We continue to focus on investigating, arresting, and aggressively prosecuting drug dealers and trafficke 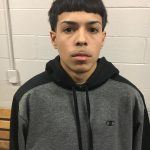 rs. It is they who profit from the scourge of addiction, which destroys lives, families, and communities.” 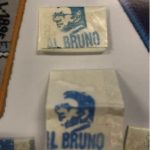 orning members of the taskforce executed the warrant at the home of Jose Mendez resulting in the seizure of over 3,000 packets of ready for sale heroin, a loaded handgun and approximately $2,000 in cash. Jose Mendez was then taken into custody.