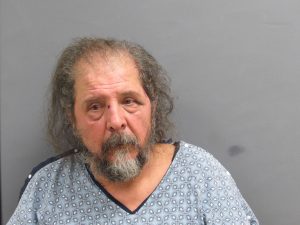 December 14, 2018 -Palmer- On Thursday, December 13, 2018 members of the Palmer Police Department responded to a 9-1-1 at 321 River Road in the Thorndike section of Palmer. Upon arrival officers discovered a male victim suffering from what appeared to be multiple stab wounds. The victim was transported to Wing Memorial Hospital in Palmer where he was pronounced deceased.

Taken into custody at the scene was Robert Nompleggi, 62, of Palmer, Mass.

He has been charged with Murder, Intimidation of a Witness, and Violating a Restraining Order.

Robert Nompleggi is expected to be arraigned this afternoon in Palmer District Court.