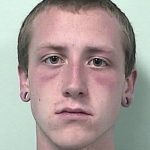 The verdict stems from a November 4, 2014 incident in which Patrick Donovan assaulted an elderly man in his Springfield home early in the morning, using a stick like object as a weapon.

Hampden District Attorney Anthony D. Gulluni stated, “I am assured in announcing this verdict that a sense of justice has been brought to the victims of this terrible crime. I would like to thank my First Assistant, Jennifer Fitzgerald, on a job well done.” District Attorney Gulluni went on to say, “Crimes committed against elderly persons are particularly heinous and incomprehensible to most of us. I hope this sentence sends a message to those who wish to victimize elders; you will be prosecuted aggressively and without repentance in cases involving elder abuse.”

The defendant broke into the elderly couple’s home, ages 92 and 82 at the time, on the morning of November 4, 2014. The male victim awoke early to make his wife coffee before she headed out to work at the polls on Election Day. When the husband entered the kitchen he was attacked from behind by the defendant. He was repeatedly punched, kicked and assaulted with a stick like object after being knocked to the ground.

Hearing the commotion, the victim’s 82 year old wife, came downstairs to see her husband under their kitchen table covered in blood unable to get up and unable to speak. The defendant, still in the kitchen, threatened the wife saying he had a gun and wanted money. After telling him she didn’t have any money in the house the defendant fled.

Patrick Donovan pleaded guilty to two indictments and thirteen counts that included home invasion, armed burglary, breaking and entering in the nighttime, strangulation, armed assault with intent to rob, and multiple counts of assault and battery with a dangerous weapon on a person over sixty.

After pleading guilty to all counts, Patrick Donovan was sentenced to 18-25 years in state prison and 10 years’ probation.

The case was heard in Hampden Superior Court and prosecuted by First Assistant Jennifer Fitzgerald.