December 29, 2016 -Springfield, Mass- Hampden District Attorney Anthony D. Gulluni’s office today announced the indictment of Luis Ruiz, 28, of Springfield, Ma, on a felony charge of motor vehicle homicide. The crash occurred on Grattan Street in Chicopee, Ma on October 30, 2016 and was initially and skillfully responded to by members of the Chicopee Police Department. 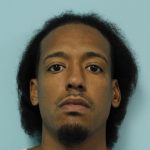 At approximately 1:46 a.m. on October 30, 2016, Chicopee police attempted to stop a motor vehicle lacking a properly displayed rear plate. When signaled to stop, the driver of the vehicle in question fled at a high rate of speed. After initially losing sight of the vehicle, the investigating officer came upon the scene an accident further down the road.  The car which fled had crashed into a parked car in the opposite lane causing severe damage to both vehicles and requiring the jaws-of-life to extract the occupants. The driver Luis Ruiz and a rear passenger survived.  The third passenger, Lina Correa, 22 of Chicopee, Ma, succumbed to her injuries and has passed away.

The on-going investigation into the crash has been conducted by the Massachusetts State Police Crash Analysis and Reconstruction Section, The Massachusetts State police Detective Unit Assigned to the Hampden District Attorney’s Office, the Hampden District Attorney’s Office Motor Vehicle Homicide Unit and the Chicopee Police Department.