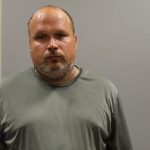 August 3, 2016 -Holyoke, Ma- Members of the Hampden District Attorney Anthony D. Gulluni’s Hampden County Narcotics Task Force (HCNTF), seized over three kilograms of cocaine and arrested one suspected drug trafficker in a raid conducted in the City of Holyoke on the afternoon of August 2, 2016.

Members HCNTF executed an anticipatory search warrant out of Holyoke District Court at Tosado Auto Sales located at 64 Clemente Street, Holyoke, Ma. The investigation led to the seizure of approximately three kilograms of cocaine as well as the arrest of suspected trafficker, Roberto Gomez, 46, 546 White Street, Springfield, Ma. He has initially been charged with; trafficking in cocaine over 200 grams and conspiracy to violate narcotic laws. The raid was led by the Massachusetts State Police Detective Unit assigned to Hampden District Attorney Gulluni’s Office, the Department of Homeland Security and the Holyoke Police Department.

The raid occurred after the interception of illicit narcotics by the Department of Homeland Security. The subsequent investigation led investigators to 64 Clemente Street in Holyoke. Officers set up surveillance, identified the recipient of the illegal narcotics and moved in and arrested the conspirator without incident.

Commenting on the seizure of three kilograms of cocaine, Hampden District Attorney Anthony D. Gulluni stated, “We are focused on investigating, arresting, and aggressively prosecuting drug dealers and traffickers. It is they who profit from the scourge of addiction, which destroys lives, families, and communities. The collaboration between the Department of Homeland Security, the Massachusetts State Police Detective Unit assigned to my office and the Holyoke Police Department has removed a significant amount of illicit drugs off the streets. I thank them for a thorough and successful investigation, which will be followed by a forceful prosecution.”

Roberto Gomez is expected to be arraigned in Holyoke District Court on Wednesday.