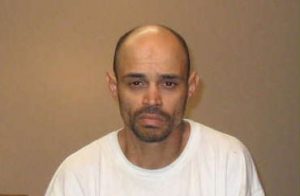 July 25, 207 -Springfield- Hampden District Attorney Anthony D. Gulluni today announced the guilty plea and the sentencing of 18-20 years in state prison of Wilmer Torres, 36, of Springfield, for his role in the 2015 Armed Assault and Battery of a person over sixty at Chief’s Lounge in Chicopee.

In the early morning hours of July 28, 2015 Wilmer Torres was confronted by the owner of Chief’s Lounge in Chicopee while in the process of stealing different items in the bar. Wilmer along with an accomplice, later identified as Jose Villegas-Rodriguez, inflicted a severe beating on the victim with metal pipes.

Torres has been sentenced to 18-20 years following a plea in Hampden Superior Court in regards to this case and two other open cases.

Commenting on the plea, Hampden County District Attorney Anthony D. Gulluni stated, “My deep appreciation to the victim and his family for coming forward and working with law enforcement to bring Torres to justice. It is my hope that this verdict confirms to the victim, and to the public at large, that the criminal justice system will hold accountable the guilty that commit violent acts and will work to protect the innocent who only seek peace and safety. Mr. Torres’s acts are reprehensible and I am pleased that he will serve a very lengthy term in state prison.” D.A. Gulluni went on to say,” My thanks to the Chicopee Police Department and Chief Trial Counsel Eduardo Velazquez for their commitment to justice throughout this successful investigation and prosecution.”