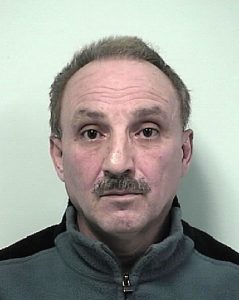 Hampden District Attorney Anthony D. Gulluni stated, “I am pleased to announce the affirmation of this 2014 murder conviction, which comes after great work by the office’s Appeals Unit, headed by Chief of Appeals Kate McMahon. And the foundation is a job very well done by trial counsel, ADA Karen Bell.”  D.A. Gulluni went on to state, “The arrest and conviction of Faustino Diaz is hope for families who have been impacted by homicide and who have not seen justice served for their loved one. We put this forward as an example that even after headlines fade, law enforcement continues to work these unsolved cases in order to bring to justice those responsible.”

Faustino Diaz was convicted of first degree murder in 2014 for the twenty-two year old cold case murder of Ms. Myrtle Marrett while she was at home and in her apartment.

In 2012, detectives from the Springfield Police Department began interviewing men who had access to the housing complex where Ms. Marrett lived and asked for voluntary DNA samples. Diaz was one of these persons of interest. Shortly thereafter his DNA was matched to forensic evidence found at the crime scene in 1991.

On Sunday, January 20, 1991, the victim’s daughter-in-law went to Ms. Marrett’s apartment after the victim unexpectedly had not attended church services. She discovered her mother-in-law deceased in her bedroom.

An autopsy later revealed the victim to have died of blunt trauma from multiple injuries to her head and chest. In addition to the cause of death, the examination discovered numerous other injuries as well as evidence the victim had been raped.

Faustino Diaz stood trial for first degree murder in Hampden Superior Court in 2014. The case was successfully prosecuted by Assistant District Attorney Karen Bell who obtained a guilty verdict which comes with a life sentence without the possibility of parole.