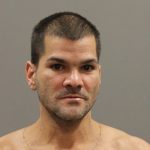 Regarding these cases; three victims were home at the time the break-ins occurred, seven were over age sixty, two were assaulted and one was blind.

Hampden District Attorney Anthony D. Gulluni stated, “I am pleased to announce this sentencing and congratulate ADA Maida Wassermann on a job well done.” District Attorney Gulluni went on to say, “This case is a demonstration that my office will hold to full accountability those who attempt to diminish our quality of life in Hampden County. Defendants who violate citizens’ households, and thereby their sense of safety and security, will face the full force of the law and be the subject of aggressive prosecution.”

All of the cases were solved by utilizing DNA or fingerprints based upon the processing of all the crime scenes by the Holyoke Police Department and the Massachusetts State Police Crime Lab.

At his sentencing hearing this morning Rivera was sentenced to 9-12 years in MCI Cedar Junction.

The case was heard in Hampden Superior Court and was prosecuted by ADA Maida Wassermann.