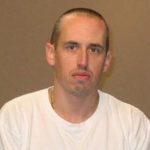 On Saturday, July 16, 2016, at approximately 12:53 p.m., the Chicopee Police Department responded to 120 Boucher Street in Chicopee for the report of a disturbance in progress.

Upon arrival, officers discovered a male victim, later determined to be fifteen years old, with an apparent gunshot wound to the chest. The victim was immediately transported to Baystate Medical Center in grave condition.

Through the initial investigation, detectives were able to determine the victim, accompanied by a friend, were consuming alcohol at a near-by home that afternoon. The investigation indicates that the two friends were apparently confused while walking in the neighborhood and arrived at the address where the incident unfolded, believing it was the home of a friend, and began knocking at the door.

Shortly after their arrival, the homeowner was alerted to their presence outside his home and retrieved his firearm. He then went to the door of his residence where he attempted to communicate with the victim who was still knocking on the locked door. When a pane of glass broke, the suspect fired a single shot, striking the victim.

Later on Saturday, the juvenile victim passed as a result of the gunshot wound.

Hampden District Attorney Anthony D. Gulluni stated, “This was a tragic and avoidable incident that resulted in a young man losing his life. My sympathy and thoughts are with the victim’s family and friends. I would like to thank the members of the Massachusetts State Police Detective Unit assigned to my office as well as Chief of the Office’s Homicide Unit, Assistant District Attorney Eduardo Velazquez, for their immediate response and professional investigation into this unfortunate incident, which has resulted in the arrest of a suspect.”

Arrested was Jeffrey Lovell, 42, of Chicopee, Ma. He will be arraigned in Chicopee District Court on Monday morning on charges of murder.