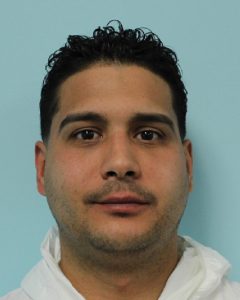 Jose Ramos has been found guilty of First Degree Murder for fatally stabbing Mr. Sanchez on Worthington Street in Springfield on March 10, 2015 outside the Friends of the Homeless Shelter.

Hampden District Attorney Anthony D. Gulluni stated, “My sympathy continues to be with Mr. Sanchez and his loved ones as they cope with their loss.”  D.A. Gulluni went on to say, “I would like to thank the Springfield Police Department’s Homicide Unit and Assistant District Attorney Max Bennett for their diligence and hard work in seeing this case through to a conviction and a just result.”

As a result of the guilty verdict, Jose Ramos has been sentenced to life in prison without the possibility of parole.