May 16, 2017 -Springfield- Hampden District Attorney Anthony D. Gulluni today presented students and faculty of Longmeadow High School an award of $10,000 for their winning submission in the District Attorney’s Impaired Driving Public Service Announcement and Billboard Challenge. The award will be used to upgrade the school’s technological capabilities. In March, students from than a dozen high schools across the county submitted public service announcements (PSAs) and billboards in the District Attorney’s Impaired Driving PSA and Billboard Challenge. The winners were announced at the Stop the Swerve event held in March at the Basketball Hall of Fame. In total, District Attorney Gulluni has awarded $34,500 at area high schools this year as part of his Stop the Swerve campaign. 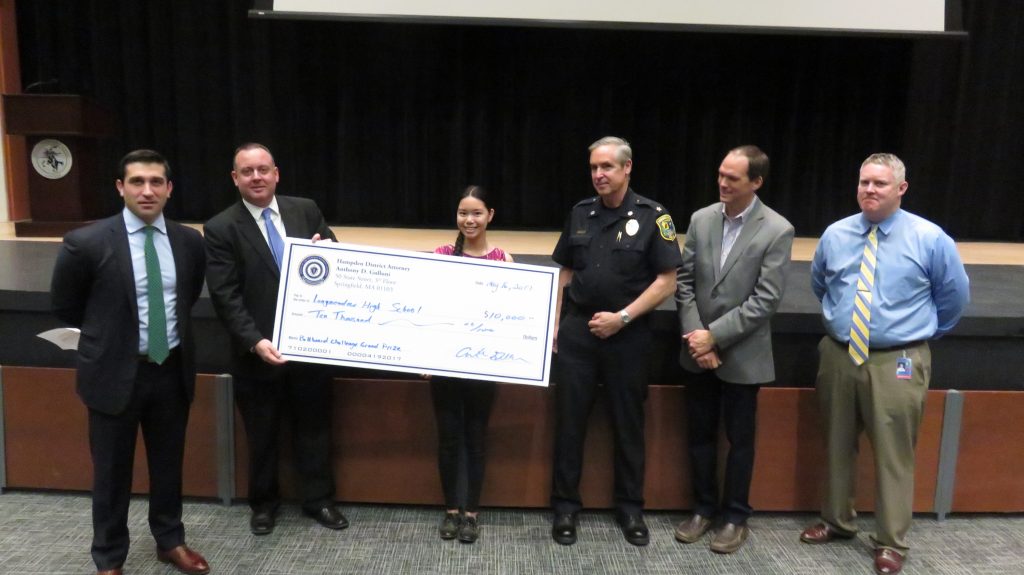 Hampden District Attorney Anthony D. Gulluni stated, “I am tremendously proud to be able to present this award to Longmeadow High School. The students work shows their early commitment to public service and the safety of their communities. The students involved did a superb job and the residents of Longmeadow and Hampden County as a whole should be proud of their efforts.”

Earlier this year, area high school students had the opportunity to create billboards and PSAs highlighting the dangers of impaired driving.  The billboard entries were to be original, note the risks associated with drunk or drugged driving, and communicate messages about public safety.

The winning billboard, submitted by Longmeadow High School, will be displayed on a billboard along 1-91.