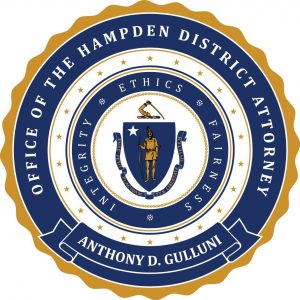 May 22, 2017 -Westfield- On Saturday, May 20th, the Westfield Police Department contacted the Massachusetts State Police Detective Unit assigned to Hampden District Attorney Anthony D. Gulluni’s Office, for assistance in investigating a motor-vehicle/pedestrian crash involving an eleven year old boy. This crash occurred at the intersection of Pochassic Street and Atwater Street in Westfield.

The investigation has so far shown, two young males, including the victim, were operating non-motorized scooters down Atwater Street. Simultaneously the operator of a pick-up truck was traveling west toward Atwater Street on Pochassic Street.  The first young male stopped at the end of Atwater Street., while the other kept riding onto Pochassic Street into the path of the pickup truck resulting in an accident. The operator stopped his vehicle and exited to assist the boy. A nearby resident arrived at the scene after calling 911. Both the operator and neighbor stayed with the boy until police and paramedics arrived.​

At this time; speed, alcohol, or negligence does not appear to be a factor in the crash and there are no criminal charges forthcoming.