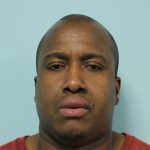 Hampden District Attorney Anthony D. Gulluni stated, “Our hospitals and, especially, emergency rooms are places where decency, decorum, and peace must exist. Patients and families as well as doctors, nurses, and other hardworking personnel deserve as much.”  District Attorney Gulluni went on to say, “Upholding a positive quality of life in Hampden County is a fundamental responsibility of my office. In this case, people and their families whowere seeking treatment and care, some in mental and physical pain already, were caused greater discomfort because of Mr. Carrasquillo’s inexplicable outburst and offensive behavior. I am pleased that the judge accepted our recommendation and issued a firm sentence, echoing our message that this type of behavior will not be tolerated.”

On the evening of March 14th, an on duty Springfield Police Officer became alerted to Carrasquillo pacing back and forth, in front of the check in desk, vulgarly voicing his discontent on waiting to be seen by a doctor. The nurse at the desk, who was assisting another patient, tried to calm Carrasquillo by asking him to have a seat and informing him there were other patients ahead of him. He continued to raise his voice and protest using vulgar language.

A Springfield Police officer intervened and, after a lengthy conversation, was able to calm Carrasquillo until he was seen by a doctor.

A short time later the same Springfield Police Officer was again called for assistance by the nursing staff. When entering the treatment area the officer witnessed Carrasquillo in the middle of the room angrily yelling and again using vulgarities to express his displeasure about the level of care. The officer informed Carrasquillo that his behavior was hindering hospital personnel from treating the sick and injured under their care. The resulting outburst resulted in additional security personnel being summoned to the ER and the hospital being placed on lockdown. The charge nurse informed the officer that Carrasquillo had been discharged and he had to leave the emergency room. The Springfield Police Officer then attempted to escort Carrasquillo to the exit. Carrasquillo became both verbally and physically combative with the officer. The resulting altercation resulted in Carrasquillo being placed under arrest for Disorderly Conduct, Resisting Arrest, Assault and Battery on a Police Officer and Trespassing.

Assistant District Attorney Karen McCarthy was assigned to the case.