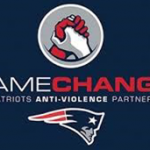 The event will include presentations by several speakers including Daniel Lebowitz, Executive Director for the study of Sport in Society at Northeastern University. Northeastern University’s Center for the Study of Sport in Society and the National Consortium for Academics & Sports developed a model called MVP or The Mentors in Violence Prevention as an approach to gender violence and bullying prevention. The multi-racial MVP Program was designed to train male college and high school student-athletes and other student leaders to use their status to speak out against rape, battering, sexual harassment, gay-bashing, and all forms of sexist abuse and violence.

The MVP approach to working with men is shaped by the idea that men who have status with other men are in a particularly powerful position to influence the way men and boys view and treat women and girls. The MVP approach challenges men — athletes and others — who have credibility with other men to use their status and power to repudiate any definition of masculinity that equates being a man with being sexist, disrespectful or violent toward women, or bullying toward other males.

Game Change is a partnership between Northeastern University, the New England Patriots and the Massachusetts Attorney General’s Office.