Larry Green, 24, of 12 Ranney St., was ordered held in lieu of $100,000 bail after denying charges that included the shooting of a man on June 1 causing “serious bodily injury.”

Green was on probation for illegal firearms offenses when he allegedly committed the new crimes. When he was arrested in April 2015 in the past case involving firearms offenses, he told police he would rather “sit in a 4 by 8 (cell)” for the rest of his life for illegal guns than be killed.

He said he needed to carry a gun to protect himself since a murder charge against him was dropped in December 2014. 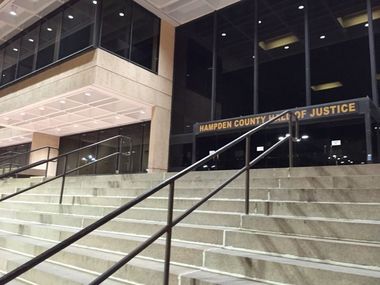 Larry Green of Springfield pleaded guilty to carrying a firearm without a license, carrying a loaded firearm and possession of a large capacity feeding device.

A different man, identified only as “John Doe” is listed as the victim on the other charge of armed assault with intent to murder and one of the charges of attempt to commit assault and battery by discharging a firearm.

Another man and three women are named as victims in the other counts of attempt to commit an assault and battery by discharging a firearm.

James Leydon, spokesman for Hampden District Attorney Anthony Gulluni, said police responded to a shots fired call at Brown and Bay Streets at 6:51 p.m. on June 1. When officers arrived they found a man with a gunshot wound sitting in a car.

Others named as victims were in a car not associated with the car in which the gunshot victim was sitting, Leydon said.

When Springfield and Massachusetts State police arrested Green on June 14 on warrants from the shooting, Sgt. John Delaney, Springfield police spokesman, said, “Green has a criminal history of carrying firearms and is considered a violent prolific offender,” in a press release. 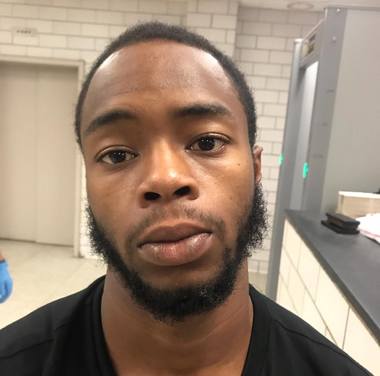 Green had been held for about two years while awaiting trial on the murder charge for the fatal shooting of 19-year-old Dwayne Kelly.

In the document ending the case against Green, the prosecutor said new information had come to light that impacted the prosecution’s ability to sustain the burden of proof beyond a reasonable doubt.

At the time of his arrest in the Kelly murder, prosecutors said Green was the gunman who leaned out the window of passing car and sprayed Kelly with bullets on Oct. 26, 2012.