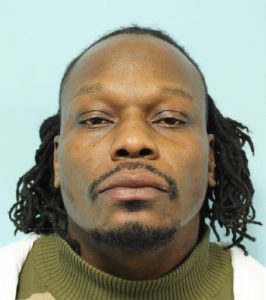 February 26, 2018 -Springfield- Hampden District Attorney Anthony D. Gulluni announced today the arrest and arraignment of Terry Lockett, 41, of Springfield, for his suspected role in the murder of Ms. Kimberly Lockett, 43, of Springfield.

On Friday, February 23, 2018, members of the Springfield Police Department Homicide Unit arrested Terry Lockett on a charge of murder after discovering his wife Kimberly deceased in their home on Beaudry Street in Springfield.

The Springfield Police Department received a 911 call shortly after 8:00 a.m. on Friday morning in which the caller discovered the victim in the home suffering from what appeared to be stab wounds and was not breathing. The caller was later identified as Ms. Lockett’s daughter. She had responded to her mother’s home after there was no response at the door to expected visitors.

Early on in the investigation detectives sought out Ms. Lockett’s husband, Terry, as a person of interest.

Detectives quickly learned the whereabouts of Terry Lockett and with the assistance of the suspect’s family; he was contacted by detectives at his mother’s Marshall Street home in Springfield.

Terry Lockett was then transported to the Springfield Police Department where he was arrested on a charge of murder.

District Attorney Anthony D. Gulluni stated, “My sympathies to Ms. Lockett’s family during this difficult time. I would like to thank the Springfield Police Department’s Homicide Unit for quickly identifying a suspect and making an arrest based on solid evidence.” D.A. Gulluni went on to say, “My office will now prosecute this case in order to bring justice to Kimberly and her family.”  Chief of the Hampden District Attorney’s Domestic and Sexual Violence Unit, Assistant District Attorney Melissa Doran, represented the Commonwealth at the arraignment.

Terry Lockett was arraigned today in Springfield District Court where he was held without the right to bail, at the request of the prosecution. The next court date is April 2, 2018.