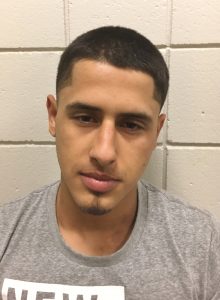 17 -Springfield- Hampden District Attorney Anthony D. Gulluni announced today the arrest of Jaime Garcia, 22, and Marquan Moriarty, 22, both of Springfield, Mass in connection with a string of burglaries across New England.

The arrest of these two suspects is the culmination of a yearlong investigation into various ATM breaks in Massachusetts, Connecticut, and New Hampshire. Locally, the investigation involved burglaries in the Indian Orchard section of Springfield and in the Town of Wilbraham.

Hampden District Attorney Anthony Gulluni stated, “I would like to thank all agencies involved in this investigation, specifically Springfield Police Detective 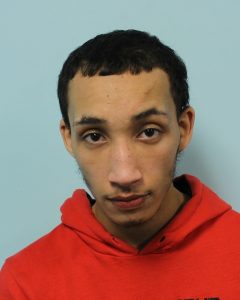 Louis Adames who should be commended for his professional and tireless investigation over the past twelve months. These arrests are an example of the exemplary police work done to promote public safety every day by our local police departments in Hampden County.

Massachusetts State Police Sergeant Brendan O’Toole applied for and received multiple search warrants out of Springfield District Court. At approximately 6:00 a.m. this morning those warrants were executed at residences in both Springfield and Ludlow.

Garcia will be arraigned today in Palmer District Court on charges of Possession of a Firearm (second offence), Possession of Burglarious Tools, and Arson.