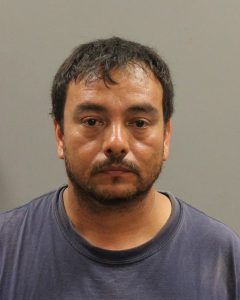 The case rested on the brave testimony of the now adult survivor, who is stepson of the defendant.  Testimony described sexual abuse spanning ten years from 1999 to 2009, in the family homes in Holyoke, when the victim would have been age six through sixteen.

Hampden District Attorney Anthony D. Gulluni stated, “This verdict is the result of the brave testimony delivered by the survivor of this awful abuse. My office’s Special Victims Unit works very hard to empower victims of abuse to help us secure justice.” D.A. Gulluni went on to say, “I would like to thank Assistant District Attorney Carrie Russell for a superb job. Cases such as these are not easy to prosecute, and prosecutors like Carrie work very hard to prevent these offenders from hurting other children. This office will continue to prosecute cases of sexual violence and child abuse as vigorously as possible in our mission to keep children safe.”