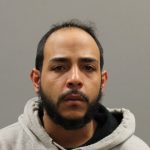 February 23, 2017 -Springfield, Mass- Hampden District Attorney Anthony D. Gulluni announced today the indictments of Nashon Perez, 21 and Eric Carattini, 24, both of Holyoke, by a Hampden County Grand Jury in the homicide of Anthony Sirakowski, 55, of Holyoke.

Hampden District Attorney Anthony D. Gulluni stated, “I thank the Grand Jury for their public service and diligence in this matter. The Holyoke Police Department and the Massachusetts State Police Detective Unit assigned to my office should also be commended for their hard work and expertise that led to these two arrests. I and my office’s Murder and Major Felonies Unit will continue to work with detectives towards a successful prosecution and for justic 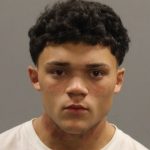 e for the victim and his family.”

On Thursday, December 22, 2016, at approximately 5:30 p.m., members of the Holyoke Police Department responded to 100 Pine Street for a reported shooting. Upon arrival officers observed a male victim who was unresponsive.  The responding officer immediately began administrating first aid while paramedics were dispatched to the scene. While in route to the hospital, paramedics determined Mr. Sirkowski had been shot multiple times. He was pronounced deceased upon arrival to Bay State Medical Center.